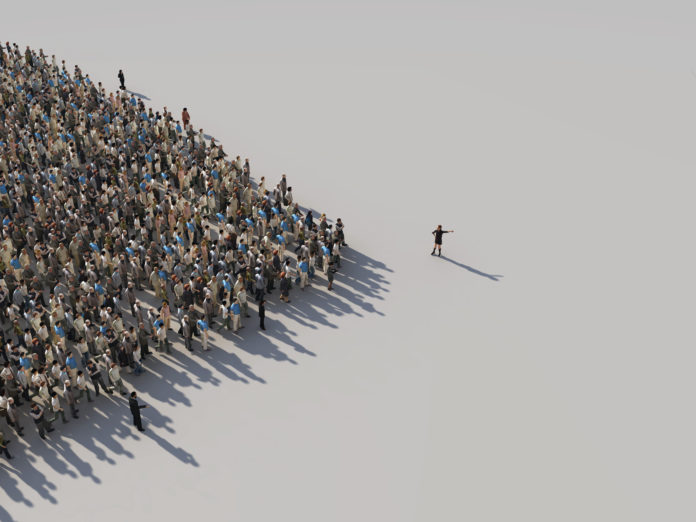 What is the difference between being a leader and a manager?

I’ve asked this question of many aspiring leaders over the course of my career, partly to explore a candidate’s way of approaching leadership, and what they think makes a good leader or manager, but also because I have yet to find a definitive answer.

Each of these answers contain an element of truth, but they tell only part of the story. They describe some of the attributes of people we have seen be good leaders, but without understanding whether this attribute was as a result of being a good leader, or whether having it increased the likelihood of being a good leader. That’s a bit like realizing that all the successful leaders you’ve seen have blue eyes, so concluding that the only way you can be a good leader is by having blue eyes yourself!

Consider, for example, people in senior positions within large companies. It’s more likely they reached a senior position BECAUSE they showed strong leadership, rather than becoming good leaders as a result of that promotion. It’s also important to remember that it’s perfectly possible to be a good leader without having any “positional authority” (authority derived from one’s place in the organization). We’ve all come across that person with “expertise authority” whom everyone goes to for answers to something complex, or “relational authority” who can get things done, regardless of their formal job title.

If you’ve always believed that those in power are the leaders, I encourage you to watch the video below. It shows a leader start a movement that becomes all-inclusive, without any inherent authority or power. This power is actually quite a remarkable thing.

Imagine if you could harness this energy and get your organization moving together in the same direction as this!

There are many effective types of leadership, which goes some way to explain why organizational dynamics are rarely as straightforward as people simply doing what their boss tells them to do.

I would argue that the attributes of strong leaders and effective managers do not really conflict; rather, they are somewhat complementary. Some of the best leaders I’ve seen have exhibited many elements of being a strong manager and vice versa – but it’s important to note that you don’t need to be one to be the other.

To drastically oversimplify, managers tend towards positional authority, focused on operating the elements of the organization under their control, whereas leaders tend to use their influence more broadly, and persuade people to want to help the leaders achieve their objectives.  An example of this could be a sports figure calling upon their fans to help a good cause – they are using their reputation and influence to persuade others to do something that is important to them as a leader.  An alternate example might be the highly skilled developer in an organization who starts to create a movement towards DevOps, because others in the team and beyond respect that person’s work and believe in their vision for the future.

Linkedin
Facebook
Email
Previous articleFostering Innovation: How to Build an Amazing IT Team
Next articleQuiet: The Power of Introverts in a World That Can’t Stop Talking

Gareth Barr, TNCR Contributing CIO
Gareth Barr is an American citizen of British origin who has worked and traveled across the world. As a business technologist he has served in executive roles with KPMG and The Blackstone Group. He is a qualified skydiver and scuba-diver, was married in a hot air balloon, has rappelled down waterfalls in Costa Rica, backpacked across South America, jumped from the world’s highest commercial bungee jump, canoed down a tributary of the Amazon, and participated in the one day, 100 mile, America’s Most Beautiful Bike Ride for the Leukemia and Lymphoma Society.

A Cybersecurity Conundrum: Attacks On the Rise, Talent In Flux

Brilliant Mistakes: Finding Success on the Far Side of Failure

Why Searches Fail | The War for Talent

CIO Confidential: Advice for a New or Tenured Technology Leader