How To Build A High Performing Team 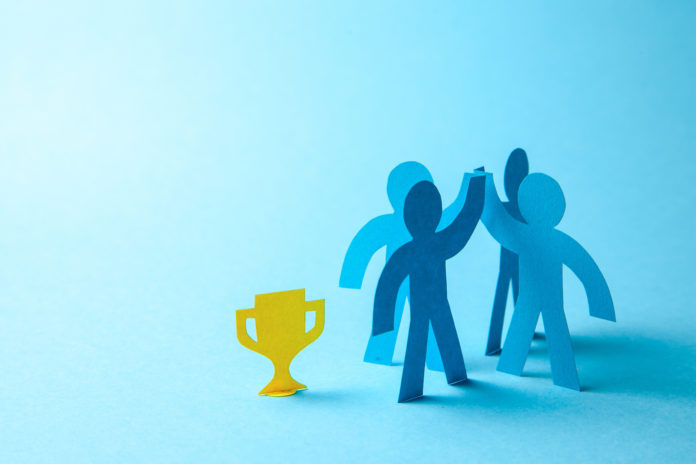 As a company leader, setting the standard for what is expected, and motivating others to reach it, can be overwhelming. The CIO is often tasked with bringing together individual talent to form teams aligned under a common vision. How do you ensure your teams remain high performing, and that you’re optimizing their abilities and expertise to the fullest?

The short answer is it starts with fostering a culture of high-performing teams. What does that mean, exactly? In his book, “Great Teams: 16 Things Higher Performing Organizations Do Differently,” Don Yaeger shares the common patterns among the teams he’s interviewed, from the New England Patriots to teams at Microsoft and Starbucks.

“The sports world has many parallels to business,” Don writes. He provides an example of the Cardinals, and how over the last century they won more World Series championships and National League pennants than any other team in the league. What this tells us is they don’t suffer when a star player leaves the team or retires, but rather the team has created a culture that from recruitment, to training, to the playoffs, allow them to win time and again.

This is reinforced by a Bain & Company Survey of 356 companies, in which 81 percent believe that a company lacking a high-performance culture is doomed to mediocrity. And fewer than 10 percent succeed in building one. Adding, “A company’s key to success is in its heart and soul.”

So how can you, as your company’s leader, rise above mediocrity to greatness and remain there? Here are a few guiding principles from the pros.

Great teams feel a strong sense of “why.”

The highest performing teams show up with a sense of purpose, Don writes. A great leader will constantly remind his or her teams that they are involved in something larger than themselves.

Simon Sinek, author of “Start with Why: How Great Leaders Inspire Everyone to Take Action,” said people and organizations with a strong sense of why are more innovative, influential, and profitable. They are the ones able to repeat their success over and over. For an organization to be successful, its leaders need to understand the true purpose of their organization, he writes.

Great teams are not inspired by short-term financial performance, but about building something truly special and lasting, according to Bain & Company. As Zappos’s Tony Hsieh once said, “Chase the vision, not the money.”

“If companies don’t know why their customers are their customers, odds are good that they don’t know why their employees are their employees either,” Simon writes. Understanding why people want to be part of the work—what makes them feel motivated and inspired to show up—is critical. And it never hurts to overcommunicate that message any chance you get.

In Simon Sinek’s book, “Leaders Eat Last,” he dives deeper into creating a culture in which people naturally work together and accomplish remarkable feats. Here he shares his concept on the “Circle of Safety,” which involves creating an environment where people matter and are heard.

Dean Crutchfield, former CIO of CDK Global, says his colleague would insist that each member of the team weigh in on the decision-making process, roundtable-style, to hear everyone’s ideas and gain new perspectives. Not only did it capture the best inputs from the team, but it also shows that the leader respects everyone on the team equally and appreciates their diverse backgrounds and experiences.

Davind Maharaj, SVP Information Systems at XINNIX, The Mortgage Academy, agrees. Davind says to get the most out of his teams, he creates an environment that encourages vigorous debate and for employees to take on contrarian positions. “That’s the only way you will arrive at the best solution for the business,” he says.

And having your teams feel heard truly is good for business. An article on Harvard Business Review says cognitive diversity makes a group smarter, adding that most mergers and acquisitions don’t fail due to conflict, but due to “organizational silence,” which stems from the fear of conflict. Disagreements are more likely to lead to progress, innovation, and breakthrough solutions than consensus. To set the stage for a healthy debate, the author writes, start off the conversation with a shared goal, a spirit of inquiry, and a reminder that everyone is on the same team.

Managers manage, but leaders lead. They motivate people to think bigger, to invest the time in the company and their professional growth, and to go above and beyond. While the technology will always evolve, and new challenges will arise and competitors pop up, having a team that trusts one another, has the authority to make decisions, and works well together is what will get you to the top.

A leader who takes care of their people and stays focused on the well-being of the organization can never fail.

In an interview with IBM Chief Innovation Officer, Fletcher Previn, he says: “Culture is the only unique thing a company has. Over time, people steal your technology—or they try to, that’s just what happens. But it’s pretty difficult to steal somebody’s culture.”

To foster a culture that leads to high-performing teams that want to do the work—not only for you, but also for themselves—the first step is to define your why and communicate it with your teams. Express your high aspirations and desire to win, and don’t hold back.

“A hallmark of a high-performing culture is that employees take personal responsibility for overall business performance. They strive to do the right thing for the business,” the Bain & Company report states. Winning cultures also recognize the importance of people being themselves at work.

Research by Deloitte adds that there is a strong correlation between strong company culture and employees that are more likely to come together as a team and collaborate to achieve successful outcomes, and a correlation with higher rates of productivity with employees more motivated and dedicated to those who invest in their well-being.

Keep in mind that culture is a living breathing, organism that needs to be nurtured and takes new shape over time, and it’s your job to strike the balance between a relaxed and fun culture versus stifling to form the highest performing teams at your organization. Be sure to set expectations regularly, celebrate the wins, be transparent with your teams, hear them out, overcommunicate, and occasionally show you’re human too. This trickles down to your leaders, their teams and theirs too.

Linkedin
Facebook
Email
Previous articleDirector of Business Intelligence & Analytics
Next articleThe Democratization of IT: Effective Leadership for a Tech-Savvy Workforce

What Is Your Weakness?

Leaders Eat Last: Why Some Teams Pull Together and Others Don’t

Think Like Amazon: 50 1/2 Ideas to Become a Digital Leader

Switch: How to Change Things When Change Is Hard