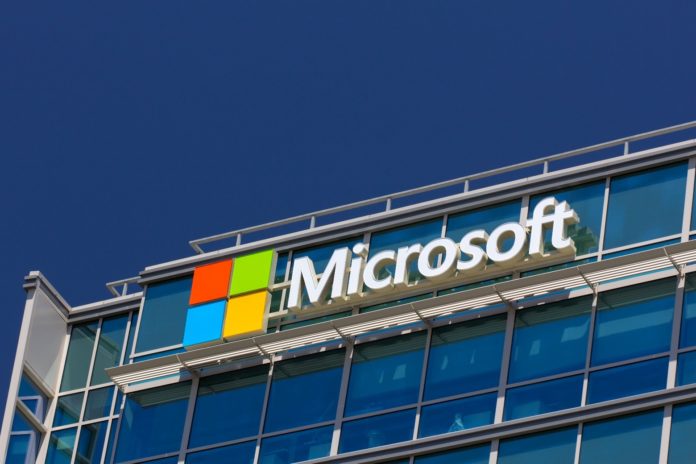 As a Gen Xer in the 80s, Janes Witcher would sneak over to his friends’ houses to play Atari. He became fascinated with gadgetry and technology. In his family, if something was broken, they didn’t throw it out. Instead, he would take things apart and see if he could fix them. (Spoiler: he never fixed anything.) But it did lead him to a career in which he was always working on something from an engineering standpoint, starting as an Electronic Missile System Repairer in the military at the age of 17. In the Army, in fact, Janes had a depot full of spare parts and built his first computer just so that he could play the video game Doom.

In this interview, Janes—who is currently a Chief Technology Officer within Microsoft’s Defense & Aerospace Manufacturing Industries —opens up about his journey to leadership, struggling with imposter syndrome, and the importance of family and creating a supportive work culture.

Walk us through your CTO path. How did you decide to pursue a career in technology, and how did you progress to your current organization?

At 24, I found myself disabled and discharged from the military. It was the dot-com era and so I decided to get a Micromuse certification, one of which only about 120 people had at that time. So, when I put my resume on Monster, Microsoft recruited me. Three days later, I found myself working in architecture. And that’s where my path to CTO really started. I didn’t realize how high up I was in the organization since the corporate world was so new to me.

I had a mentor at Microsoft who advised me that if I wanted to become a CTO, I had to skill up. So, every 18 to 24 months, I would switch roles. I would keep working myself out of a job. I was successful to the point where I wasn’t needed in that capacity anymore and continued to move into new roles. I decided I wanted to work on something fun and so I moved to Xbox on its 360-core console developer kit team, building controller APIs for games like Rock Band and Guitar Hero. When I left for the East Coast to take care of my father, I stayed at the company as a principal strategist focused on our technology for defense & aerospace manufacturers, working with companies such as Lockheed Martin, General Dynamics, and BEA Systems. At this time, I was also going to school full-time to complete my bachelor’s degree and earn my master’s degree. And with the sum of all my experiences and rounding out of my education in business, I became Microsoft’s CTO for the Aerospace Defense Manufacturing Industry.

What initiatives have you overseen to date with your current organization? What’s on the horizon?

A lot of my work is advising and guiding conversations in relation to modernizing and streamlining internal IT operations, advancing support for government programs and contracts, and enabling the defense & aerospace manufacturers to be more effective at what they do. We’re a Lego company, meaning we put all the solutions together for our customers. For example, if we’re advising a company on its satellite program, we’re not only supporting it at the satellite layer, but we are also routing protocols and adjacent connectivity. What if something goes out of orbit? There are all kinds of mechanics based on what could happen.

Whereas we were initially viewed as a vendor, we’re now a critical and crucial partner. I’ve spent the last two years reinventing our role in the defense industry, integrating more closely with top-tier defense manufacturers.

What new or disruptive technology issue or emerging trend do you have your eye on?

What I think people need to focus on, that they’re not focusing on, is the concept of individual liberties and the right to freedom and privacy of our own data and information. It’s something that I see as a slippery slope. As newer generations pick up technology, like my kids—I have four children—the technology is their default. This is their norm and they are willing to comply with whatever terms are locked in.

At companies like Microsoft, we build what I call ‘Sandcastles in the Cloud.’ And that sounds fantastic, but it can also be terrifying because we can also wipe it all away or morph it into whatever we want it to be. And that’s where the notion of privacy, civil liberties, and your personal information come into play. Organizations change. We have no control over the intent or the ethics and moral compass of a company, which can change simply by the type of hiring practices they introduce.

Along with that, a concern is the information we willingly provide on social media platforms. The other night, there was a post to make a comment on where you met your spouse. And I realized, this could be a reverse engineering question that would be asked to find out the answer to your privacy question for online banking. So, if you’re unintentionally relinquishing information that can be pulled together, where are your rights? And what is the responsibility or obligation of companies to not use your information in harmful ways? This requires better hiring practices, ethical standards, and operations.

What advice would you give to those who aspire to be a CTO?

I had assumed people with my background growing up couldn’t get to an executive role. But the more C-suite technology executives I meet, the more I realize many of them are self-made individuals. And many of us are nerds, meaning we have a hard time differentiating what is work because for us we’ve turned this into play. What I recommend to the young men who I mentor is to find an area of technology to specialize in and to then have the kind of passion for the work that will lead them to build better products and capabilities.

You’ve mentioned in this interview that you’ve struggled with imposter syndrome. Can you say more on this?

Starting out at Microsoft, I had terrible imposter syndrome. My office mates all came from MIT, Virginia Tech, and Georgia Tech. And I didn’t even have a bachelor’s degree. So, I was working 16-hour days to overcompensate. Not only did I feel I had to perform at 110 percent, but I also felt that being one of the few black employees, I had to constantly prove myself.

Imposter syndrome has chased me my entire life. In the past few years, I’ve only gotten to a point where I would say I’m proficient. But I would argue that the anxiety and second-guessing have been an asset and a strength. It has led me to go above and beyond in my research and learning.

I’m constantly assessing whether I’m prepared and whether I have enough information. It has also led me to establish an internal philanthropic initiative inside of Microsoft to support others.

How do you decompress from the challenges of being a CTO? What do you do for fun?

First and foremost, I’m a father and a husband. Everything I do is about my family and kids. I live on three acres and have chickens and ducks, and I grow corn. I restore cars. I have a Volkswagen tattoo. I just really love being outdoors and going camping with my RV — I have forced my family to spend a month every summer out in the woods.

I also play a lot of video games with my kids. Being a veteran, video games have helped me manage PTSD for a number of years and deal with chronic pain in place of taking medication. It’s an escape. Everything I do is focused on family, which is a mindset that I carry into work in which our team members can depend on one another.

How do you create that kind of supportive culture and that safe space for your team?

It’s important to get to know your people. Find out about their family, their life, and what’s going on with them. If someone is always late, why? It’s rarely seen in leadership, but it’s important to take the time to get to know the human side of your teams as well as their skill set and capabilities from a technical perspective. Promote from within before hiring others with the same abilities.

If you don’t take the time to provide moral support, you can do irreparable damage to the organization. And do so with sincerity. If I bought flowers back in 1999 for my wife when I wanted to date her, and then never again, that wouldn’t fly with her.

You can’t expect loyalty in the workplace unless you make yourself approachable and have genuine conversations with people. In the long run, you’re going to be more productive for it. Make yourself accessible and human.

Who have been your biggest influences, and why?

Isaac Asimov, Gary Gygax, Richard Pryor, and George Carlin. Most people think of Richard Pryor as a raunchy comedian, but I drew a lot of parallels in my life to his. He was able to get past his difficult upbringing. I watched him become a better man as he got older and he was a very transformative person. Carlin for his skepticism. And Asimov and Gygax for their childlike imagination. Our childhood dreams are what actually invent and enable the technologies of today. If I can leave readers with this, it’s don’t let go of your childhood so fast, especially if you’re going to make sandcastles in the cloud for a living.

A Cybersecurity Conundrum: Attacks On the Rise, Talent In Flux

Brilliant Mistakes: Finding Success on the Far Side of Failure

Why Searches Fail | The War for Talent

Addressing Gaps in Employment | How to Hack Your Next Job Search