The Future of Women in Tech 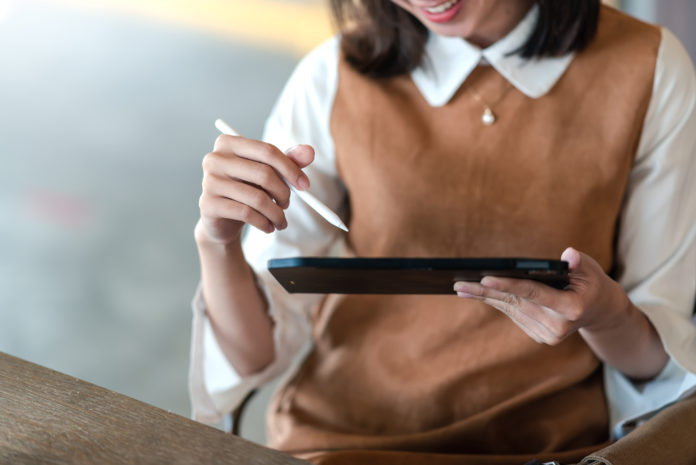 It’s no secret that women are underrepresented in tech. How underrepresented are they, really?  Is any progress being made? What does the future hold for women in tech? Here’s what current data reveals.

Women make up more than 50% of the United States workforce.  In tech, however, only 20% of professionals are female. Of those, a mere 33% hold leadership positions.  That number is even lower in Silicon Valley, where women hold only 17% of tech leadership positions. Why so low? The reasons vary, but most women cite one particular problem— workplace attitude.

Women in tech claim they confront unwelcome, subconscious prejudices on a regular basis. According to a 2018 Paychex survey, a whopping 67% of tech-employed women feel underestimated, undervalued, and patronized by their male peers. As many as 58% are frequently assigned non-tech tasks, and up to 33% consider switching jobs as a result of their daily treatment. Despite the success of many pioneers like Ada Lovelace, Grace Hopper, and, more recently, Katie Bouman in her successful campaign to create an image of a black hole, the notion that they aren’t as competent in math and science as their male counterparts persists.

The number of women in tech careers is increasing slowly but surely. Despite underwhelming statistics, there are more women in tech leadership positions today than ever before. Yes, the outlook has improved, but there is still much, much progress to be made. Though cultural attitudes are changing, deep-seated stereotypes and residual bias still shape many facets of the workforce.

Attitudes about women in tech are shaped as early on as childhood. Traditionally, few schools have encouraged girls to pursue an education in STEM, even fewer have provided the resources and rationale for them to do so, and extracurricular programs have been lacking. Many girls aren’t aware of the ways they can implement a STEM education and even those drawn to STEM don’t think that a career in tech aligns with their long-term goals. A Microsoft study indicated that 72% of girls seek a career that will positively impact the world, though only 37% think that tech careers make the world better. It’s not that women are uninterested in STEM— they just don’t see the point.

Luckily, many schools, organizations, and tech leaders are working to increase the number of women in tech-centered careers.  Major companies like Google, for instance, have launched diversity campaigns in recent years.  A growing number of K-12 schools across the United States have begun to offer STEM programs for school-aged girls, too. Nancy Conrad, the founder of The Conrad Spirit of Innovation Challenge, is one of many women leading the charge.

The Conrad Spirit of Innovation Challenge encourages students between the ages of 13 and 18 to collaborate in teams and find innovative solutions to problems in aerospace and aviation, cyber-technology and security, energy and the environment, and health and nutrition.  More than half of Conrad Challenge participants are girls.  Conrad believes women are well-equipped for the tech sphere and simply need the outlet.

In an interview for Foundation for a Smoke-Free World, Conrad notes that women “love to have an impact on society. Women are incredibly talented at visioning and understanding how the dots connect. We tend to think of circles rather than linear ways. I believe that type of thinking is baked into our DNA.”

Is the future of the tech industry improving for women? Yes, but slowly.  It’s too early to gauge the long-term impact of up-and-coming STEM education programs and difficult to track attitude changes. What is clear, though, is that the paradigm is changing. University STEM programs are a promising indicator. In 2011, women made up 41% of Harvard’s computer science degree program.  That’s a 15% increase from previous graduating classes. Many universities across the United States have experienced a similar increase.

Improvements aren’t confined to academia. Some major players in the tech world have begun taking matters into their own hands. Recently, financial software giant Intuit has focused a company effort to attract (and retain) qualified women for technical positions. Intuit’s women’s network, for instance, provides much-needed support for the company’s female employees. Their efforts are already paying off— 38% percent of their global workforce is female (compared to the national average of 30%, while 27% of high-level tech positions are held by women (compared to the national average of 15%).

The gap is closing, though at a snail’s pace in comparison to other industries.  Despite progress, women in tech are still likely to experience a unique set of obstacles. As more and more women take the plunge, however, the world of work will have no choice but to adapt. Change is already on the way.

Increasing Business Efficacy with a Successful Transfer of Technology

Leading from Anywhere: The Essential Guide to Managing Remote Teams

On the Minds of Technology Leaders in 2021