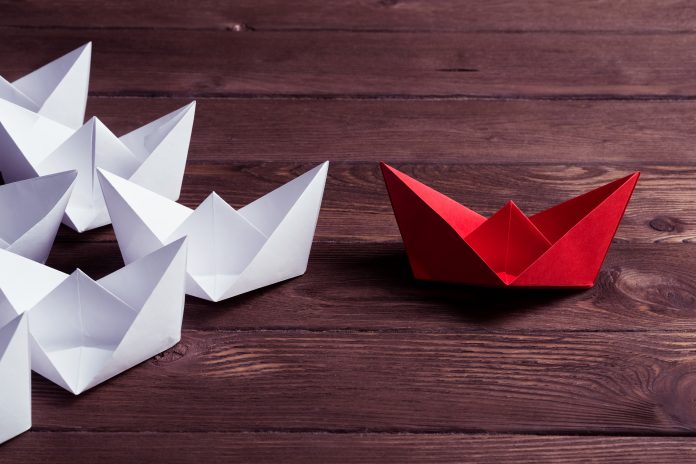 Technology leaders from around the world are taking stock of the rapid transformation of their businesses that have occurred in 2020 when there was no other choice — and wondering what they can learn from the experience.

While no one would have wished a pandemic on the world, CIOs and CTOs can’t help noticing how many change management challenges melted away in the midst of the crisis or how much agility their organizations displayed.

The big question: how to translate the experience into positive, proactive digital transformation, going forward.

“I think one of the lessons learned is to never underestimate what we can get done,” says Andrew Moore, Chief Information Officer for the Boulder Valley School District, which includes the region around Denver, Colorado. To allow students to study from home, the district distributed 6,000 Chromebooks, offered assistance to students without Internet access, and expanded its help desk to support teachers and students, as well as faculty and staff (see below).

“If back in February, someone had laid out a strategy to do this, human nature would have been to say it would take three years,” Moore says. There have been challenges — like convincing fans of Zoom that Google Meet would be a better choice because of its integration with Google Calendar and other Google Suite tools the district has standardized on. However, most people accepted the necessity of making decisions now and trying to improve solutions going forward.

“If back in February, someone had laid out a strategy to do this, human nature would have been to say it would take three years.”

Global businesses faced particular challenges, but two technology leaders we spoke with say they also got early warning of what was coming thanks to having operations in China, where the COVID-19 crisis began.

Phil Crawford, Global Chief Technology Officer at Godiva Chocolatier, tells us lessons from what did and didn’t work in China informed the company’s response in Europe and America. While converting the entire corporate workforce to working from home was still a big challenge, taking the threat seriously meant the company got an early start on addressing the challenges. A couple of weeks before employees were sent home, they got extensive training on remote tools, such as how to sign into the corporate VPN, use soft-telephony solutions, amongst others — something many had never had to do before.

“We recognized, if this was going to happen, we had better be ready for it and get ahead of it,” he says.

“We recognized, if this was going to happen, we had better be ready for it and get ahead of it.”

L’Oréal Corporate CTO Manish Sinha tells a similar story of how lessons from China are still being applied as L’Oréall begins reopening more of its facilities. For example, one way they developed of minimizing disease transmission between factory workers was to have them report for work on alternate weeks, with a thorough cleaning of the facility over the weekend. Some of those principles have been applied to how L’Oréal is operating worldwide, he says.

At both companies, one of the biggest transformations at many companies has been an accelerated adoption of the collaboration and video meeting tools in Microsoft Teams.

Sinha says a corporate rollout of Teams was virtually complete prior to the crisis, but adoption was a different matter. Particularly at L’Oréal headquarters in Paris, the tendency was to want to get people together in a room where they could draw on a whiteboard and otherwise collaborate face-to-face. Some of that is based on French culture and the tendency to want to get to know other people over coffee before working with them, he says.

While the intimacy of face-to-face collaboration has many virtues, Sinha understands the challenge of managing mixed online/offline meetings as someone who has sometimes been in the position of being the remote participant trying to interact on a level playing field with others who were all in the same meeting room. “At one point, I hired an admin in Seattle, and her job was to go to my meetings, reserve a seat for me, and put a laptop in front of that seat. I would then put my face on that laptop.”

That was his way of getting “the proverbial seat at the table,” rather than being a voice on speakerphone who would be too easily forgotten. Sinha tells that story partly to emphasize how much the quality of remote collaboration depends on meeting etiquette and empathy for those who aren’t in the room. Now that everyone has had a taste of working remotely, he says, “I hope we will remember this later on — I don’t know if we will, but I hope so.”

L’Oréal hasn’t announced any big, permanent changes in its work at home practices but the experience of seeing that people could in fact be productive with remote working is bound to have an impact, Sinha says. He is keeping an eye on other companies that are planning to shift the majority of their employees to remote work arrangements, which has great potential benefits both for employees (who potentially can work anywhere) and employers (facilities cost savings). At the same time, it may not work equally well for all businesses. For example, he wonders whether creative and product development teams will still work more effectively in person.

“Let’s be careful how quickly we swing the pendulum,” Sinha cautions.’

“Let’s be careful how quickly we swing the pendulum.”

In addition to cultural disruption, technology leaders we spoke with agreed they had to significantly upgrade core network infrastructure like VPN capacity and provide for a huge upswing in remote participation. Sinha says L’Oréal took responsibility for ensuring adequate last mile connectivity into employees’ homes. Moore says the school district had to invest in providing Internet access to students who had none, or whose bandwidth was inadequate for video conferencing.

Meanwhile, L’Oréal, has been putting an increasing emphasis on ecommerce and other digitally enabled business processes, including augmented reality techniques for providing beauty advice. One tool modifies a woman’s video image to show what she would look like with a different lipstick or hair color, for example. As an example of how he sees other companies changing, Sinha points to the rental car company he recently did business with that accomplished touchless (and highly convenient) delivery of his vehicle with all the paperwork taken care of online.

“The question is, can we preserve that, going forward?” Sinha says. “The answer is yes, the agility, the flexibility — of course we want to preserve it.” It may well be that as people go back to their offices, they will revert to old ways of working — but probably not entirely. “The last few weeks has given us a big boost to showing we can accelerate that change faster,” he says.

“It comes down to flexibility,” Crawford agrees. His team gained a greater appreciation for agile methodologies, particularly the practice of doing a daily standups — albeit, over video — rather than relying so much on email. Having decisive meetings with a clear agenda allowed his team to better strategize, prioritize with focus, and get more done quickly within a compressed timeframe.

“We should be able to accelerate change management by recalling some of the things we did this year,” Moore says. If people tend to forget, technology leaders need to remind them, he says. “Whatever the change may be in the future, it’s doable if we apply the best practices we’ve learned today.”

“Whatever the change may be in the future, it’s doable if we apply the best practices we’ve learned today.”

As the crisis subsides, technology leaders have the opportunity to set greater expectations for what is possible and achievable, if everyone remembers what they proved they could accomplish in 2020.

David Carr, TNCR Contributing Writer
David F. Carr is a writer, speaker, student of digital business, and the author of "Social Collaboration for Dummies." He previously served as an editor for InformationWeek, Baseline Magazine, and Internet World and has written for The National CIO Review, Forbes, CIO Magazine, and Defense Systems.

Rethink the Resume | How to Hack Your Next Job Search

Change on the Run: 44 Ways to Survive Workplace Uncertainty

There’s No Plan B for Your A-Game: Be the Best in the World at What You Do