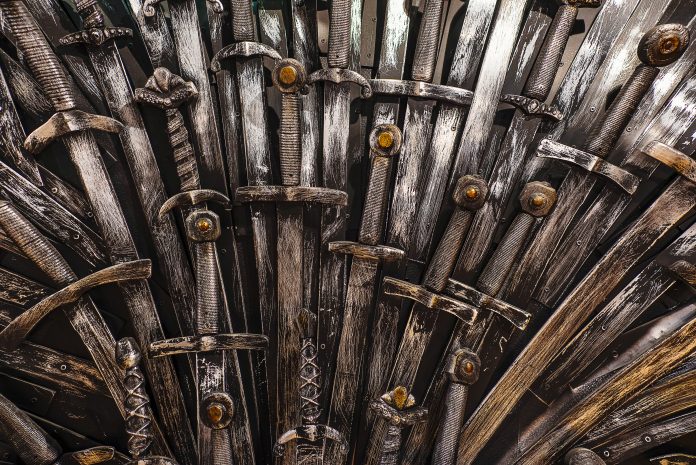 In this digital age, an unlikely powerhouse is rising in the ranks: the CIO. Gone are the days of being viewed as just a technological cost-cutter for archaic Standard Operating Procedures. No more being relegated to run back office IT.

With technology playing a central role in so many aspects of business, the CIO has their fingers on everything from Production to Marketing. Simply put, it is a sweet time to be a techie.

So, what effects have arrived with the increased appreciation of this expertise? Are CIOs truly contenders for the iron throne? If so, what can you do to further strengthen your position? What will it take to conquer the competition in order to seize control and help your company assert authority in your industry’s domain?

Here are a few insights as to how the workplace battlefield is changing as you are preparing your stratagem.

While the CFO had long been a primary conduit between many a CEO and CIO, times are changing. However, that does not mean that this old relationship can now be shunned. It needs to still be closely examined and maintained but potentially through a new perspective. According to Deloitte, “The relationship between CIOs and CFOs is often symbiotic—both executives have a common mandate to drive company performance by balancing top-line contributions with bottom-line efficiencies.” They have great potential to work in tandem. Investments in technological advancement need to be made in order for businesses to remain relevant in this digitized world, so if the CFO can buy into the value of those investments then the CIO has a formidable ally.

Acquiring this ally (or any other potential C-Suite allies) might mean that some new skills are needed, so it could be time to….

What’s one of the best ways to guarantee that IT is being used effectively? The answer: Know more than just IT. How are your soft skills? These long underestimated and underappreciated skills are finally being elevated and are now being renamed power skills. So, the question is, how powerful are you? Can you talk more than just tech? Being able to advocate for your department’s capabilities clearly and respectfully is key.

That being said, knowing your niche is not enough. You need the knowledge and skills to strategize and lead the effective implementation of your department’s projects; while verifying they fit seamlessly into the business’s procedures as a whole. This means collaborating with your fellow C-Suite members. If you don’t cultivate these power skills, then you will fail to persuade your team to move forward effectively or maintain these strong alliances. Neither of which serves you, your team, or your business well.

Death to chain of command

Just kidding…we actually want to really avoid that. All battle references aside, going to work should not involve putting on even metaphorical armor. All members of the business should share a common goal and work for the good of the company.

Knowing and respecting your business’s chain of command is just an aspect of that. As our world becomes even more digitalized, it is necessary for CIOs to be prepared for the evolution of their role to continue as well. Lay the necessary groundwork for these changes now. As more aspects fall in the domain of the CIO, this corresponds with more components of the business being under the authority of the CIO. All of this to say that the result is a notable upsurge in the number of CIOs who are reporting directly to the CEO. Additionally, this trend seems likely to continue. However, the primary factor remains the same. Whichever seat you have at the table, use it effectively, because technology, and therefore the CIO, is paving the future.

So now you have the maps and have seen the battlefield. Tech is staying on the frontlines and so is the CIO. Do you have what it takes to form the necessary allies? Are you ready to flex your new skills to claim your rightful seat at the table? The days of hunkering down in the corner office are long past. Though the CIO may seem like an unlikely adversary, this is now the role that is a central contender for the future. Are you ready to take up that mantle?

Because as we all know… winter is coming.

Jacquelyn Adams, TNCR Contributing Writer
Jacquelyn Adams is an award-winning engineering leader who focuses on the future of work and reskilling workforces. She is a recognized professional consultant, writer, and speaker for multiple industry-leading institutions.

Challenging the Overuse and Misuse of ‘Digital Transformation’

Contributing CIO, Anil Cheriyan: How Should the Board Evaluate the CIO?