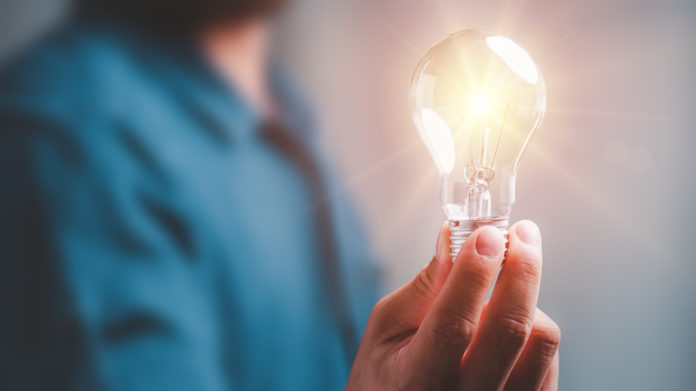 The process of innovation, while important, is difficult. A CIO or CTO who wants to bring about truly transformational change must first think of an idea, then strategize how to carry it out, work together with other leaders and prepare his or her team to finally execute the strategy. At nearly any point in this process, there are obstacles that can easily force even the best plans off track.

Yet innovation is critically important for top technology leaders. Organizations expect that their existing officers will pursue meaningful changes and often use this criterion to evaluate future hires. We have seen many examples of innovative change in our interviews with technology leaders, goals that include training programs to connect state governments with the private sector, partnerships between restaurants and delivery services, and sweeping improvements to security systems. Initiatives like these set CIOs apart from their peers and demonstrate the value of technology leadership.

Before pursuing large-scale change, the best leaders set both their teams and themselves up for success. While there are many different ways to prepare for innovation, we found that leaders who manage their time well, learn from previous failures and exercise strong planning best situate themselves to pursue innovation. These three goals may not be as exciting as some of the biggest innovations that we’ve seen from sitting technology leaders, but they form important prerequisites for large-scale, substantive changes by removing some of the biggest obstacles. Taken together, these are three powerful ways for executives to bring more value to their organizations.

For technology leaders, time management is always a priority due to the sheer number of tasks these executives must perform. At any given moment, choosing which objectives, goals, and plans to prioritize (often including critical goals like security or hiring more talent) is an important part of good leadership. However, given the high level of importance for most technology initiatives, it is often difficult to parse out which goals demand the most immediate attention. In other words, good time management is a vital skill that leaders need to meet all of their objectives.

Effective time management is an important prerequisite for innovation at both the individual leadership and team member levels for IT functions. CIOs and CTOs may have numerous goals to pursue at any moment that are all equally important, and dividing both their own time and the time of the team members under them is vital to making sure that both day-to-day demands and innovative objectives all receive the necessary attention. Time, just like available talent or money, is a valuable resource; making sure that it is used wisely at both the group and individual level is vital to long-term operational success.

As leaders, CIOs and CTOs share a critical responsibility in time management. Derek Choy, former CIO and current COO for Rainforest QA, spoke on this principle. He wrote, “As an individual contributor, I could only complete the work of a very hard-working engineer. As a manager, I can produce five times that amount by making sure everyone on my team gives 100 percent. As the size of the team continues to scale, that output becomes enormous.” Time management isn’t just important because of the projects that CIOs and CTOs need to accomplish, but also because of the cumulative efforts of their teams. A high-functioning IT group is an incredible asset for any organization, but only if its leaders manage time and commitments well. Once these leaders ensure that they have the most important objectives covered, they can better assign resources for transformational change.

Another way to prepare for innovation is to take notes from efforts that failed to achieve their goals. The last few decades are filled with examples of digital transformation and other technology objectives that didn’t succeed, giving current leaders plenty of evidence to analyze when forming their own plans. Every failed effort – whether inside or outside one’s organization – is a data point that CIOs and CTOs can use for future success. Given the extensive planning and resources that often go into innovative plans, learning from previous mistakes is one way to make sure that time and effort devoted to canceled projects or initiatives won’t go completely to waste.

While many lessons from failed projects or initiatives depend on industry-specific factors, some conclusions apply to many organizations. As some have concluded, big-picture innovations are complex, and can’t always be quickly inserted into any industry or business. “Digital transformation is an ongoing process of changing the way you do business. It requires foundational investments in skills, projects, infrastructure, and, often, in cleaning up IT systems,” Thomas Davenport and George Westerman wrote for the Harvard Business Review. “It requires mixing people, machines, and business processes, with all of the messiness that entails.” Success stories are always encouraging, but failures serve as reminders to plan carefully and intelligently.

High-profile failures may discourage ambitious initiatives, but mature leaders use these examples as data points to fuel their own success. Davenport and Westerman mentioned some efforts such as Nike’s activity tracker or GE’s attempts to transform many of its operations as examples of plans that largely failed. Given the press coverage that often follows high-profile initiatives such as these, and the high price tag that large technological innovations demand, it is understandable that leaders want to avoid results like these. The best response isn’t to backtrack on current efforts in light of other failures though, but rather to identify what went wrong and determine how to avoid similar mistakes.

Strong planning skill – whether on a daily, weekly, or monthly scale – is also an invaluable trait for technology leaders hoping to remove barriers to innovation. The many different goals and objectives that face CIOs and CTOs can often push innovation to the side, especially since large-scale transformation efforts often don’t fall into daily or weekly tasks as easily as other objectives. By prioritizing regular time spent on innovation, leaders can move their plans forward.

In practice, planning often means approaching long-term goals from a high-level perspective, and then dividing them down to monthly, weekly, and even daily tasks. The time management mentioned above is an important part of effective planning, but establishing regular goals goes even further. When we spoke to Dennis Yang, he told us about his current plans and how he positioned his team to meet long-term objectives. “We’re eight months into an 18-month plan, and we’ve already seen lots of success,” he said. “In a year, we’ll be in an even stronger position in terms of security, technology, and automation.”

“People who can quickly assess the business process and determine how technology can support or further innovate are quite valuable in their respective organization,” he told us, continuing, “We want to see concrete examples of their previous success.”

Without strong planning skills, it’s easy for leaders to get overwhelmed by the day-to-day demands of their organizations and miss out on the innovation that has become so important in IT functions. Some of the most important initiatives that organizations pursue today are driven by technology, and businesses expect big plans from their leaders. In many cases, organizations also look for innovation when making hiring decisions for their executive positions. When we spoke to Mike Burgett, Founder of CIO Partners, he elaborated on this principle. “People who can quickly assess the business process and determine how technology can support or further innovate are quite valuable in their respective organization,” he told us, continuing, “We want to see concrete examples of their previous success.”

If polled, a large group of technology executives would likely give many different answers in regards to best innovation practices and the obstacles that stand in their way. Many would cite a lack of cooperation at the highest levels of leadership, while others would likely speak to the prevalence of security concerns. Others, still, might point out industry-specific challenges or a lack of resources at their own organization. Whatever the specific sources of obstacles or barriers to innovation are, it’s clear that there are many, and it’s often difficult to predict which ones will face any given officer.

For leaders who plan to innovate, then, it’s important to prepare as well as possible for barriers that will surely arise. Managing time, learning from previous mistakes, and establishing regular goals may not eradicate every potential problem, but this path represents the best way to prepare oneself for the innovation that companies look for constantly. The best leaders can then take these principles and tailor them to other challenges that arise and goals they hope to accomplish.

When we spoke with Phil Crawford, former CTO for Godiva, he outlined some of his future plans for innovation. “I’ll be modernizing and building Godiva’s technology stacks for a robust, worldwide footprint that will enable our brand to make more meaningful digital connections with customers,” he told us. “I’ll also be leveraging my experience in building, innovating, and scaling transformational digital technologies to further elevate Godiva’s customer experience as a global, omnichannel brand.” The best leaders push past barriers by preparing themselves for challenges ahead. By managing time well, learning from the experiences of others, and exercising strong planning, leaders can prepare themselves to pursue the types of initiatives that make the value of technology clear to everyone.

Linkedin
Facebook
Email
Previous articleGroundswell
Next articleManaging Work Requests – Are There Weak Points In Your Fence?

Putting Some TLC in the Digital Transformation Journey

Digital Transformation Change in any organization can be viewed suspiciously by those affected, and indeed, digital transformation in IT is no different. Concerned employees naturally worry...
Read more
Leadership

Leadership is often as difficult to define as it is essential for success. There are countless books, speeches, and symposiums on the subject, and...
Read more
Business

Why We Should NOT Talk About IT and Business Alignment

The phrase IT-Business Alignment has been discussed, debated, and strategized amongst CIOs, industry leaders, and consulting gurus for many years. There are good reasons...
Read more

Firms of Endearment: How World-Class Companies Profit from Passion and Purpose

How Google Works – An Insider’s Guide

Gregory Raymond on Three Strategies for CIOs Recruiting Top Tech Talent
Benjamin Zech on Ace the Interview | How to Hack Your Next Job Search
Michael Pompey on Start with Why: How Great Leaders Inspire Everyone to Take Action
Philip Stevens on The 2020 CIO Cup | Phil Crawford, Chief Technology Officer for CKE Enterprises
Tom Sheeran on How to Overcome Cost-Barriers to Digital Transformation